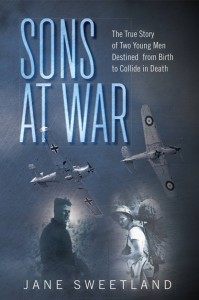 In Jane Sweetland’s family, there’s a legend that her uncle Ted and a German pilot Joachim shot each other down in World War II. While investigating this, Sweetland unearthed a true story that was more fascinating than she had imagined.

When Jane arrived to Poland looking for traces of Joachim we discovered the beauty and history  of this area.

Find out more about this history and enjoy reading it.

DISCOVER POLAND WITH US!