Besides copies of some of the letters, the exhibit also featured household and religious items, as well as documentation describing the necessities needed for the emigration process. The displays allowed us to take a glimpse into the past, and learn what life was like at the end of the 19th Century in Poland. We can now  better understand what families had to endure in hopes of finding a better future in another world.

Preparations for the journey 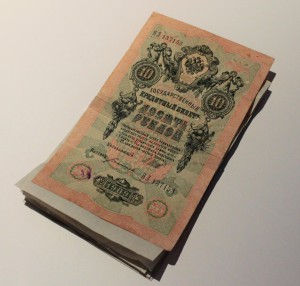 At the end of the 19th century, agents of transatlantic ship companies were traveling to European villages to recruit potential emigrants. If interested, villagers would notify the agent of their desire to emigrate, and for a small fee the agent would contact the shipping offices in Bremen, Hamburg, or other European port of departure, and obtain notification of a ship’s departure date, timetable for the train trip to get there, and a boarding ticket for the steamship, known as a schiffskarte. Sometimes family and friends who had already made the journey to the U.S. sent back boarding tickets, as well as money to cover the cost of getting to the ship, and instructions on how to get to their final destination.

These peasants, who were often illiterate, started their journeys from villages many of them had never left before, and went through places where the language and currency changed. Along the way they encountered additional hardships, such as dishonest middlemen, which required either cleverness, or the payment of bribes to get them and their families across the Prussian border. Health inspections were also required at the border, a process disliked by emigrants because they felt treated like cattle. Additionally, women travelling to be reunited with their husbands often brought with them a lot of children, which they had to watch over and take care of during the journey.

People often walked, or rode on wagons to get to Berlin, and then took trains to get to the port cities in Germany. When emigrants produced the voucher at rail stations, train crews knew the routes and sent them to the right connections. A special emigrant train transported them either directly to the port city, or Berlin-Ruhleben, where agents of the shipping companies helped them change trains. Once in the port town, they still had to wait a couple of days before boarding the ship, so as the wave of emigrants grew larger, and larger, shipping companies built housing for them to stay in, and provided small meals until it was time for the long journey across the ocean. This lasted another two weeks to get to the U.S. and up to two months to get to Brazil.

What they needed to take on the  journey – instruction  from a Bremen ship agent: 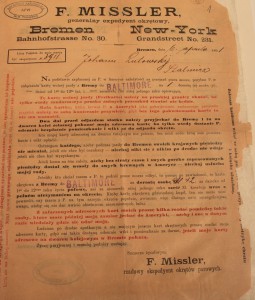 Friedrich Missler was the founder of a German travel agency that specialized in passage for emigrants to the United States from Poland and the Slavic countries. By the 1880s, agents in the U.S. were selling thousands of pre-paid tickets to immigrants for passage to send back to relatives in Europe. They made arrangements with the shipping company to send the tickets, along with instructions to the recipients. The recipients would then deal with a local agent to arrange their journey to the port of embarkation. Emigration became big business for railroads and inland navigation in both Europe and North America.

The following is a list of procedures for emigrants from Bremen, Germany, dated April 6 1891: 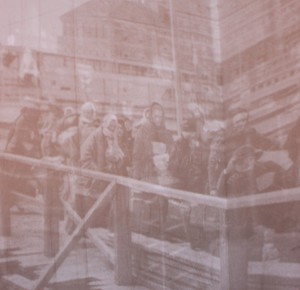 A boarding ticket for the steamship, known as a schiffskarte, which was paid for in advance in America to cross the sea from Bremen to Baltimore. This ticket  needed to be presented at the Prussian boarder to allow crossing. Additionally, the emigrant had to have a piece of paper, which was a confirmation of payment for the trip by relatives in America. This piece of paper had to be carried with them at all times; otherwise the schiffskarte would not be valid. Two days before departure they needed to arrive in Bremen, and at the train station, they had to show an address card to get the three days of lodging and food until the departure of their ship.
It was recommended to take the following items: passport, certified birth record, and military service book. The cost of a ticket was 42 rubles for an adult, 21 rubles per child, and 6 zlotys for an infant.